How are you today? I am doing great!
I have decided to continue with the ‘My Awkward Encounters’ column. I wrote a series about my ‘awkward encounters between me and my hot neighborboy’ and it was always so much fun to share these stories with you. Since me and the hottie neighborboy are close to over, well, over, I thought that instead of writing about him, I could continue to write about my awkward encounters. Because trust me, I am an awkward girl, getting in awkward situations, all the time. So why not let you enjoy these with me?

I have already got plenty of situations that I want to share but let’s start with the one of this morning.. – 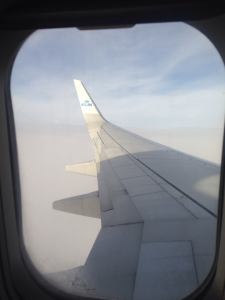 I am writing this to you from the plane on my way to Oslo. I will celebrate my birthday there. In the past decade I have never celebrated my birthday in the city or country I actually live in. For me it is such a great time to actually go abroad with loved ones to celebrate your life!

Because that is something everyone should do. Celebrate yourself! Be happy and thankful and love yourself!

In the past I have celebrated my birthday in Brussels, Singapore, Kuala Lumpur, Jakarta, Bali, Copenhagen and I thought this time Oslo was an amazing destination.

As you all know I currently live in Antwerp and I had such a busy month of traveling. I went to Malaga, Madrid, Barcelona, Rome, Porto, Dublin, Nice, Paris, Munich and Berlin and even though my body kind of wanted to have a quiet time at home just relaxing and celebrating my birthday at my own place I could not resist it.

You can never stop a wandering heart I guess.

I can not wait to go back to Oslo and to explore the city and of course to take lots of pictures for you so we can enjoy this city together. I will also do a review at the Radisson Blu Plaza hotel which I can’t wait for. The hotel is gorgeous and it has it’s own sky bar at the 34th floor of the building, sounds perfect right?

While I am writing this, as I mentioned I am in the plane now and I have the „middle seat’, it always sucks when you have the middle seat. I actually have to pee now but my neighbor is sleeping so I can not get out. Haha. Normally people would just wake those sleepy heads but this guy is already so annoyed with me and I do not want to piss him of even more. Before the plane took of and we were waiting due to a passenger that was late I asked him if I could get up cause I needed something from my bag that was already in the overhead luggage department. He gave me this awkward stare, roled his eyes and got up so I could pass. It really was like I was the worst thing that ever happened to him. I tried to make one of my (obviously failed and awkward jokes) by saying, I hate being in the aisle sea because than I always had to bother peoplet. Obvi, this was the joke cause he was in the aisle seat but he did not get it, actually, I also don’t get it anymore when I am writing this but when I said it I thought it was somewhat funny. haha. He corrected me: „ I am in the aisle seat, you are ‚JUST’ inn the middle seat”. – „just in the middle seat? What is wrong with being in the middle seat? Is that for peasants or something? –Okay, thank you sir for pointing that out.

I went to get something from my bag and this dude actually sat back down. After I think approximately 3 minutes, when I came back I got yet another annoyed look. I asked him if I could ‚Please” sit down. It felt like I was asking him a favor, to be able to sit, in my own freaking seat. He got up and roled his eyes again. I am sorry, but what did you expect? That I would just not come back anymore or I would disappear like I am some kind of Houdini magic act. Dumb ass dude.

But let’s continue. I will share my current situation. I am now stuck between a
lovely old American guy
that is sleeping and snoring a bit and between the Norwegian guy who is annoyed with
me that is also sleeping while probably dreaming of pushing me out of the plane.
In the picture it almost looks like he is posing for the picture, haha. But obviously he is not. The picture still cracks me up. He thought I was so annoying, but I will always have a great picture to remember my awkward moment with him: 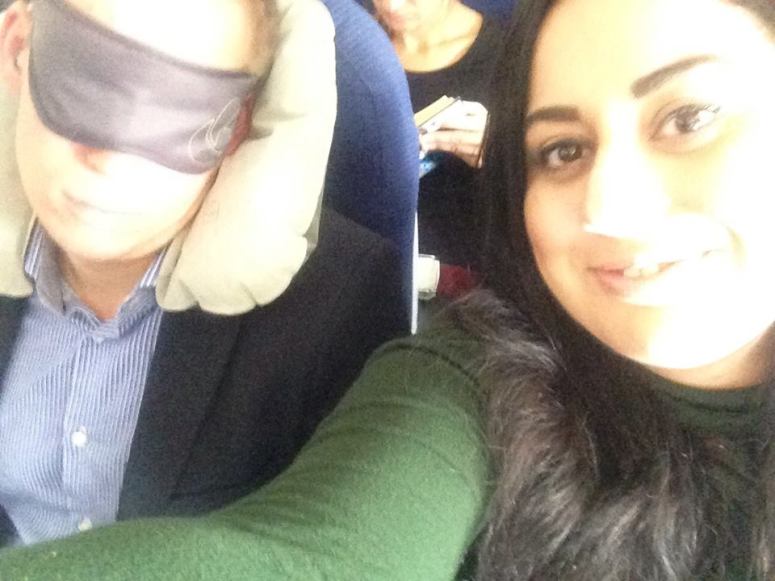 And than there are these boys. Oh- MY-GOD! I am not sure if you can see them clearly on the picture but they are gorgeous. I mean G.O.R.G.E.O.U.S and obviously something awkward happend. ( You can’t see them clearly in the pic though, it is the guy that is standing and the blondie to his right).

They are extremely tall, it would not surprise me if they were basketballplayers cause they do have that height and body. They are blond and blue eyed (HALLLO, Totally my vikingtype). When we were walking down the aisle the boys were actually right behind me. They were talking with each other so the one directly behind me looked back at his friend while talking to him. When I reached my seat I had to put my luggage in the overhead department so I bend over to pick my trolley up so I could lift it. The guy directly behind me did not see that cause he was looking behind him talking to his friend which caused this awkward situation: Me, bending over with my ass directly in his, well, you know what and him bumping in to my ass. I almost fell but fortunately I could still regroup and recover. I said, well, normally it does not go this fast, you could at least introduce yourself first. He laughed so hard and I laughed too. Yes, at least one joke that worked. He introduced him self and he even helped me with my luggage. Than, when he lifted my luggage to store it his t-shirt lived and I saw his body. I do not know why I have this obvious reaction to hot body’s, I wish I could be smooth and subtle but before it I said: Damn….while having my mouth dropped all the way to the floor. OMG, I felt like such a perf! Haha. When I realized that I said that out loud and that was not a sound in my head I immediately said sorry while standing there feeling extremely embarrassed. Than he did something that totally surprised me. He said no girl, and he looked at me from head to toe and said, Damnnnn and he blinked- too.

I wanted to blink back but I remembered, I can’t blink, it always looks like a weird twitch, so I did not. I thought I embarrassed myself enough for one morning.

We both laughed and I sat down. This happend I think within 2 minutes but it felt like it lasted forever.

So there you are, I am not even in Oslo yet and i already had my awkward moments. I can not wait to experience more, knowing myself I will have plenty of these moments and when I do I will share them with you directly! 🙂 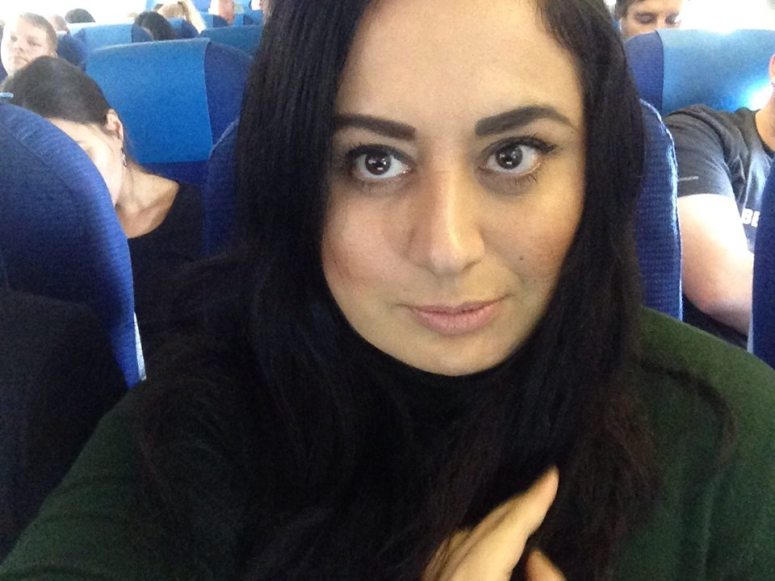