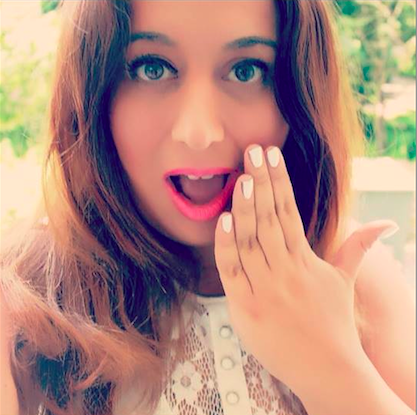 I received a lot of comments on my previous post about my awkward encounter with my new hot neighbor boy [*click here for post] and I even received personal messages through Facebook and Instagram where people asked me for an update about this hottie… And yes…a lot has happend and I will share some of that today with you!

Due to personal circumstances I was not able to access my own website for a month, can you imagine how horrible that has been for me..but now I am back and I got lots to share!
In a month a lot of stuff can happen. Think about what you were doing an exact month ago and what you are doing now.
Did a lot change? Well…for me it has..
Let me take you back to 30 days ago. As my hot neighbor boy slowly but surely moved in I saw him more often. Things I noticed about him:
After the first week of our daily run ins we developed a new way of greeting each other in the morning. We are now on a first name base with each other and he pinches my cheek every morning and wishes me a great day at work while he calles me beautiful. I thank him and wish him the same thing while going with my hands through his hair and beeping his nose. (i’m weird that way:)) Yes, it does sound quite romantic doesn’t it. But it is not. He is the type of guy that says this to every girl so I just go with it without letting it get to me.
I just play along with his game and keep it light and fun. I must admit though, I kinda got used to our morning encounters and it does make me feel good to see his face everyday.
So a week passed and every morning we were doing our ritual. At day 8 I felt really shitty. I had a conversation with my (now) ex boyfriend and I just felt really sad and upset.
And when I am upset I jump in the shower and just sing. And after watching the movie Frozen 5 times the passed week, yes you might say that I am slightly obsessed, the only song that came to mind was ‚Let it go’

so I put my voice on repeat and sang that song while showering about 21 times. Not the full song, mostly the ‚let it gooooo’ part. And by singing I mean screaming cause I really can not sing at all.
So when I was done ‚singing’ and crying and I got out of the shower my doorbell rang.
As I still had my towel rapped around my body I was not planning on opening the door, but than the doorbell rang again. I went to my door and sneaked through the peephole and there he was, my hot blonde neighbor boy. I was in shock, what was I supposed to do, my body was still wet and I looked like shit, my hair was wet, I had no make up on. It is not really a great look for me you know. haha.
As I wanted to walk away he said ; ‘I know you are there, open up’. My heart skipped a beat, and I froze. I opened the door I asked him how he knew that I was there.
He said, I did not, but it was worth the try. And just the way he entered my apartment the first time he did the same thing again. As I was standing there in the opening of my door, with a towel rapped around my body, water dripping ow my legs he already passed me by and went to my living room. There was that stupid, but sexy confidence again. It annoyed me but also slightly turned me on.
I went over to my living room and asked him what he was doing here. He asked me if I finally was able to let it go. I asked him; let go of what?
And he said: well, if you are able to hear me having sex, you don’t think I can hear what you are doing? You sang that song like a million times, so what’s up.
At this point I was as frozen as Elsa and I, again, could not move or say a word. I could just stare at him. He went to my kitchen and made me a gin tonic and took a beer for him self. He said, drink up and share your story. What the F was happening. Did he really expect me to share my life story with him, and let’s be honest, as if he was truly interested.
But he said that he was not leaving until we talked so we did. I told him everything about my move to Antwerp, my break up, my Skype call with my EX bf, the guy in Antwerp that I was dating before, everything. And to my surprise he actually listened without making a move on me. He listened and hugged me and told me that everything would be alright. He shared his thoughts about the situation and was actually quite helpful. At some point, after 4 drinks I kinda felt tipsy. I asked him if he was trying to get me drunk and if he was trying to get in my pants (well towel haha) and he said; not tonight and he pinched my cheek again. He told me that it was time for me to sleep and that tomorrow everything would feel better.
He left my apartment and I somehow ended up in my bed. I was slightly drunk so I do not remember how I actually got to bed and when I woke up it all felt like a dream. I did wake up feeling a lot better, but could all off that really have happend. As I convinced my self that it didn’t and kinda forgot about he situation while I was getting ready for work. And just when I was about to leave my apartment I found a letter that he slipped through my door.
—I had to catch an early flight today but I wanted to wish you a good morning beautiful. Everything will get better. Let it go.—
And I realized everything actually happend. And I think a new friendship is born.
xoxo
Ps; a lot of more awkward encounters coming up the next week cause like I said, a lot has happend in the past month.