Boys boys boys…we love them but sometimes we also kinda hate them. But dating can be so much fun. Through out the years i’ve have dated all kinds of different types and i’ve learned a lot too and today I would like to share some of my red flags with you which clearly show you that he is just not that in to you. And if he is not, do not waste your time and energy on it. Every relationship (friendship/being lovers) has to be a 2 way street and once it is a 1 way street make sure you get the hell out before you end up shattered and with a broken heart. When you are in love or in like you see things differently. You have your big pink glasses on and you are probably riding your unicorn while eating a blueberry cupcake that is decorated with glitter. Your friends around you warn you but you just do not want to see it. Because he is different. Well different, my ass. He is not. If a guy is in to you, trust me you will know. If you have doubts, you are probably right.

1- I DO NOT HAVE TIME
Honestly, the lamest thing a person can ever say to you. If somebody likes you, he will definitely MAKE time for you. Having a busy job, a hectic lifestyle is definitely not an excuse. I have dated bankers, brokers, barkeepers, 3 professions with different working hours, hectic schedules but still, the boys that really were in to me always made the time for me. Even if it is a quick lunch between appointments, or coming to my place after he was finished with his shift. Hell, I even dated a pilot that was in 3 different countries in 1 day and he still found a way to text me between landing a plane and being up in the sky. That definitely opened my eyes… To him I was a priority and he let me know that in several ways. Even though it was not possible for him to be physically around, he made sure to let me know that I was on his mind. And your guy should do that too. If he is not able to see you he at least can send you a message. You can not tell me that you actually believe that in all the 24 hours that a day has, he has not have 2 minutes to send you a text. 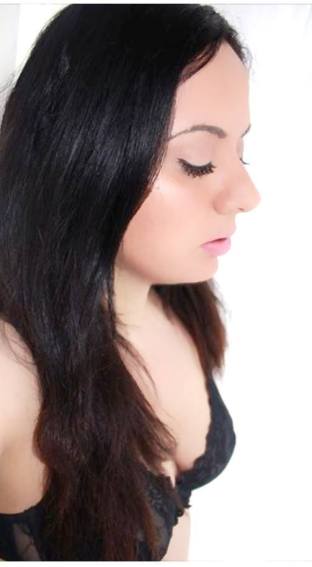 2- TEXTING VS SEXTING
Talking about texts..just scroll through your history. Does he ever send you the first message? And when he does, does he genuinely care about you or how your day was or is it just a bootycall-text. If it is the last, he certainly just is not that in to you. Also, if you always have to take the initiative to text him, you might consider to stop and move on. Is he really worth it?

3- HE IGNORES YOU
With the last guy I liked it did not even come to dating. I genuinely felt a connection with him and I thought he liked me too but even before we got to a possible first date I shut things down. I knew that I took a lot of initiative but that was just because I really felt a connection with him that I did not feel in a long while that I wanted to explore. Maybe we would become great friends, maybe more or maybe nothing..I was just curious. To my last few messages he actually never responded. And it is not that I send him weird shit. His mom was in town and I just asked him if she was having a good time. Seeing that he obviously read my message but he chose to not send anything back even after a week had passed was another sign for me that he just was not in to me. If you text a guy and he does not text back forget about him. He can not just text you whenever he feels like it. Don’t be submissive towards him. Set boundaries. You are worth more than that.

4- HE DOES NOT RESPECT YOUR FEELINGS
I believe in mutual respect. The last guy I liked, he did share some personal stuff about him self and that made me feel closer to him and it made me feel connected to him. The second I shared a feeling he called it ridiculous. I do not say that he has to agree with my feelings but to call someones feelings ridiculous is hurtful and disrespectful. When I tried to explain to him how it made me feel he told me that I should not take things so seriously. When a guy says that he basically is saying that he does not take you seriously so why should you take him or the situation so seriously. He certainly does not. If you are dating a guy, or in the ‘getting each other to know fase’ and perhaps we will date and someone is putting you down or is making fun of your feelings, run the fuck away. If it is happening in the beginning of your relationship/friendship, it will not improve. It is just the way he is. Do not be a masochist, No you can not change him. And why should you want to? I am sure there are much more interesting things you can do with that time. Like brushing your hair or doing the dishes.

5- HE IS VAGUE
So back again to my last guy, who basically is my inspiration to write this post, haha.. we were talking about hanging out so when I proposed a day he said that he could not make it that day. That is not a weird thing, everyone has their own schedule and that is fine. But than I asked him, so when can we hang out and he literally said :’someday’. Someday? Are you kidding me? Playing a bit of cat and mouse game are cute and fun, but that was just not cool. If a guy wants to hang out with you he will set a date. He will be as excited as you are to hang out and to get to know you better. If he always gives you vague and random answers, he is just not that in to you.

What I hope you can learn from my experience is to see the redflags and to always chose yourself. Do not wait around for a guy who is not in to you, do not think you can or will change him and certainly do not make excuses for his behavior. He is shy, he is just soo busy, he just comes out of a long relationship, no. don’t. Fuck that shit. If a guy is in to you, you will know and if he is not, it is okay too.

Life is not a fairytale. Of course we all want the guy we like, to like you back, to fight for you, to show up at your work with flowers, to tell you how amazing you are, to call you in the middle of the night just to tell you how special you are, but the world just does not work like that. You have boys like that, don’t get me wrong, I have had some lovely dates/relationships but not every guy will work out and will fit in your life, and that is okay. So if you are dating someone that fits the profile above, get rid of his ass. If he wants you he can speak up. He can tell you. And if he does, don’t be a bitch, be open and kind.
If he does not, you don’t need that in your life. Because with your mind occupied with Mr Right now, you actually might miss out on Mr. Right. xoxo